Living at Mandelbaum House got me closer to all kinds of sports: basketball Oztag, football (soccer), volleyball, badminton and many more. It was a celebration every time we participated—winning or losing didn’t matter as long as we were together meeting new people from all over the globe and learning about a new culture or even a new sport.

After a match was over, we would all head to the Royal Hotel opposite Mandelbaum House to celebrate the victory of love, friendship and peace. It was more than sports; it was being in a community and being a part of something that you belong in. 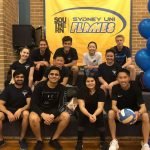 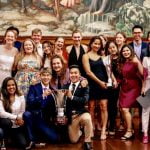 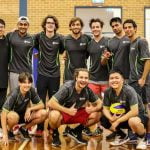 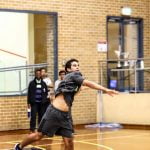 Every week we also had the opportunity to compete in the  inter-faculty and inter-college indoor futsal at the USYD Sports & Aquatic Centre which is conveniently around the corner from our college.  Sometimes you would play against your friends from different colleges and sometimes against your teachers and professors. A chance to beat your professors in a match of futsal? Yes, you read that right! It was really fun and exciting. The spirit of sportsmanship was always present, as the journey was so much more fun than the win/lose result.

Being a college sports representative taught me how to effectively work and communicate with other colleges’ sports representatives and coordinate with the residents to create excitement around an event. To cap off the year, I attended the Pro Vice-Chancellor (Student Life) Outstanding Service Awards Night and received an outstanding service award for this role. We were treated to an amazing dinner and shared our cherished memories from the year.

Sports are what we make them: fun, competitive, demanding or all three. They’re where strong and good character can be formed, displayed and reinforced—and they’re about making friends for a lifetime.