Semester 2 at Mandelbaum House started in style with a seamless blend of intellectual conversation, music and banter at our welcome dinner.

Having been here for only over a week, I’m fascinated by how quickly Mandelbaum transitioned from being simply a dorm to my home in Sydney.

Current residents, Kartik and Yash set the mood with their powerful yet soothing cover of Ed Sheeran’s Thinking Out Loud. Dinner table conversation included – but was definitely not limited to – grandmas who knit, heavy metal and how Donald Trump is menacing modern American democracy (I’m looking at your table, American exchange students).

Then it was Back to the Future time for resident Benjamin Leadbetter, who visited his big brother here aged 10 (or was it 14?) and now joined us in welcoming Michael Leadbetter back as the night’s guest speaker. Michael graduated with First Class Honours in Archaeology in 2014 and is now working towards a Masters. He has won multiple accolades, such as the 2015 National Archaeology Conference award for best Masters Research and best overall Postgraduate Research, and made his international academic debut earlier this year with a presentation at Oxford University’s Project Southeast Asia Conference. 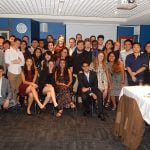 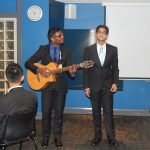 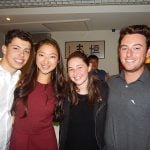 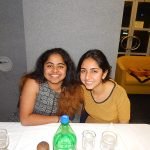 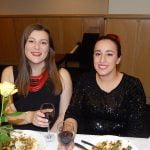 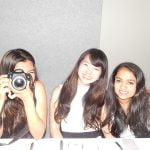 Michael told us about his fascination with Angkor, ‘the biggest city of the ancient world’, which flourished from the 8th century CE before being abandoned in the early 14th century. The Greater Angkor Project analyses the spatial, climatic and social transitions the region faced during and after that time. We learned that 50 years of drought and a massive mega-monsoon contributed to the simultaneous collapses of Angkor and other cities in the region while smaller communities managed to survive. Highlighting the link between climate studies and archaeology, Michael explained that volcanoes affect not only the local but also the global community through sulphur dioxide releases, possible tsunamis and global dimming.

The contemporary parallels were impossible to miss: more and more people are living in ever larger cities, thereby endangering the resources we are going to need in the future, irrespective of technological advantages. Archaeological evidence spanning thousands of years of humans living with climate change reveals the types of behaviours that lead to sustainability and those that lead to failure in the face of climate disaster. To survive the era of climate change that we’re now entering, we need to consider the past.

Informative, thought-provoking and entertaining, the evening was an inspiring way to kick off the rest of the academic year.