Associate Professor Dr Lilon Bandler, is the Principal Research Fellow for the Leaders in Indigenous Medical Education Network, the chair of the National Patient Blood Management Advisory Committee, a Board member of the Far West Local Health District, and a GP with the Royal Flying Doctor Service. She was also the guest speaker at Mandelbaum House’s first Formal Dinner for 2021.

Despite her incredible list of accomplishments, Lilon is very modest, crediting her ascent to the rank of Associate Professor  to “luck” and the support of faculty colleagues. She emphasises the impact her parents had on her, noting their stories with pride.

Her mother, Faith Bandler, was a well-known activist pivotal in the Australian civil rights movement. She was also the daughter of Wacvie Mussingkon, who was taken from Vanuatu and brought to Australia as a slave. Lilon acknowledges this when she introduces herself as the granddaughter of a slave and the daughter of a refugee.

Lilon’s father, Hans Bandler, was born in Vienna in 1914. A Jewish man and proud political activist, he was taken to the concentration camp at Dachau in 1938 and was later moved to Buchenwald. His Aunt paid a costly bribe to obtain travel papers for his release. Although he never spoke of his time in those camps, Lilon understood from a young age that it was not something to be asked about. “It shaped how he thought about the world”, she tells us.

Hans journeyed to Australia by boat, carrying with him a German typewriter and a ring which Lilon wears to this day. Hans also carried with him his education, something that was of great importance to him. “He understood that education could change his life”, Lilon explained. 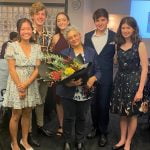 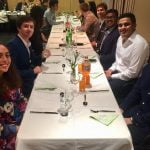 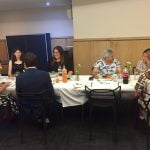 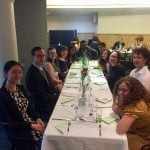 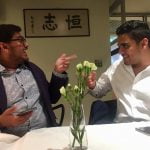 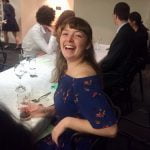 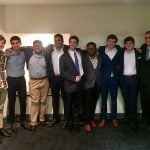 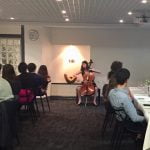 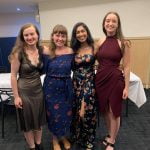 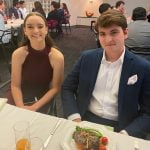 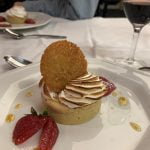 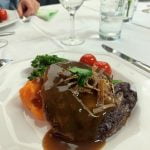 When asked how she decided to pursue medicine, Lilon tells us that growing up in her household, to “be of service and to help people was important”. She also notes that it was not a quick decision, beginning her medical studies at 25. Now she is completing a PhD, researching student support with a particular focus on Aboriginal, Torres Strait Islander and Māori people.

Lilon’s academic journey has not exactly followed the standard linear progression that one may expect of someone so advanced in her field, and she emphasises to us that one’s educational journey never truly ends. Since beginning medicine she has “never been bored” and loves working with patients across Australia. As young people who are all currently pursuing our own academic paths, it was inspiring to hear how education can be followed in different ways, and how it can be used to better the world around us.

After a night of fine dining, fancy dress and an incredible talk from guest speaker Lilon Bandler, the residents of Mandelbaum House left the first Formal Dinner of 2021 feeling entertained, gratified and inspired. We thank Lilon for taking the time to speak with us and look forward to the next opportunity for another night as enjoyable as this.