On Wednesday 3rd of May, Mandelbaum House hosted its third formal dinner of Semester One 2017. As  residents slowly ushered into the dining area that evening, a sense of anticipation could be felt in the room as we had a very special guest speaker joining us for dinner- the Vice-Chancellor of University of Sydney: Dr Michael Spence.

Dr Spence is an alumnus of the University of Sydney, where he graduated with first-class honours in English, Italian and Law. Later he obtained his Doctor of Philosophy and post-graduate diploma in Theology at the Oxford University. Today as Vice-Chancellor, Dr Spence plays a major role of leadership of the University’s strategic planning, as well as maintaining networks between the University and external stakeholder groups. Dr Spence is also a father to seven whom he spoke about fondly over our meal at Mandelbaum House.

As Chef Robert and his team served the delicious dinner, our talented residents Stella and Kartik enticed the room with musical item ‘Clair de Lune’, a French Classical piece that musically described the ‘light of the moon’. Throughout dinner, Dr Spence happily conversed with students and with genuine curiosity, he asked students about life at Mandelbaum House as the college holding Jewish values. We discussed topics ranging from politics to international student wellbeing. As we continued to chat, we also found out that Dr Spence had just returned a business trip from India, where he met with the Prime Minister and Education Minister of the country. He is a busy man indeed. 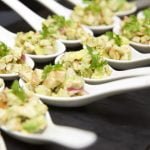 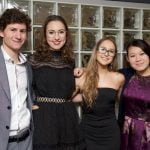 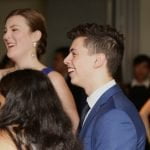 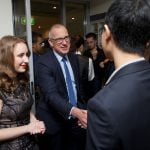 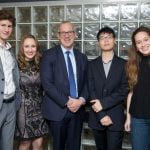 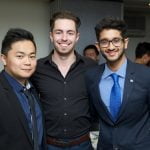 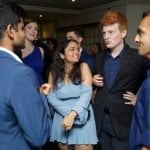 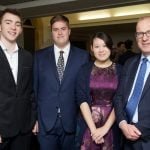 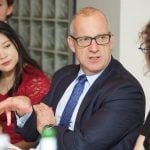 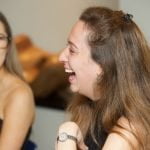 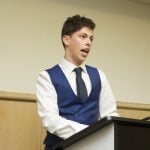 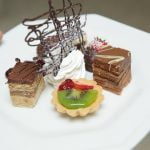 The address topic of the night was on ‘Disagreeing Well’. Dr Spence elaborated on the challenges the University faces in order to respect every individual’s human agency and autonomy and the University’s many differing voices. As the night progressed, he encouraged for us to have a dialogue, where he expressed that he would also like student opinions and inputs in regard to current events concerning the University as discussed in his speech.

Earlier this year, the University partnered with the Sydney Jewish Museum to provide training and workshops in ethical leadership for student leaders from across campus. Mandelbaum residents participated in this workshop which used historic examples of racial discrimination to reveal the danger of prejudiced attitudes and behaviour. This also examined the role unconscious bias plays in leadership and decision making. Dialogue with the university is ongoing and training for the wider student community is being implemented to help build a safer and more inclusive university free from sexual harassment, bullying, racism and discrimination.

Overall, for us as Mandelbaum residents, this formal dinner consisted of great food, and great company during a packed and stressful stage of the semester. This formal dinner also unveiled the establishment of the Mandelbaum House Vice-Chancellor Prize, in honour of the visit of Dr Spence. The prize will be awarded next semester based on merit to an outstanding resident.