“From macromolecules to the Israeli right wing” was Professor Shindler’s recount of his political endeavours. Following a degree in Chemistry, Professor Shindler pursued his passion in the field of Political Studies, and the rest is history. An emeritus professor at the School of Oriental and African Studies in the University of London, Professor Colin Shindler is the first professor of Israel Studies in the UK as well as an esteemed author in his field of academia.

Looking critically at the Israeli-Palestinian conflict, Professor Shindler sees the Jewish communities beyond the edge of the lens and telescopes the question of identity and belonging into view.

As Professor Shindler chronicles the rise of the Jews in 1948, his talk fits squarely within the Zionist narrative, heralding reclamation, triumph, and hope for a Jewish nation in exile.
Following the birth of the Zionist vision and its practice into new territory was the implementation of this vision across the West Bank over the next fifty years.

This mid-century mark, however, has been punctuated by a series of tumultuous events between the Jordan River and the Mediterranean Sea. The dominant narrative in the Middle-East is one of burgeoning insecurity. “How did this all come to pass?”; Professor Shindler probes into the heart of the scourge.

Following the rise of Arab & Jewish nationalism in the same century were conflicting claims to the right of land between Jews in Israel and Arabs in Palestine. A conflict too often construed as a black and white zero-sum game, the Israel-Palestine dispute has become an insoluble question to solve. 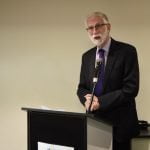 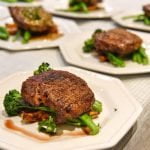 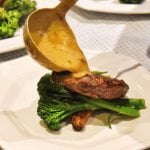 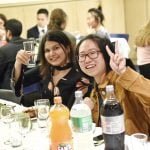 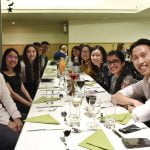 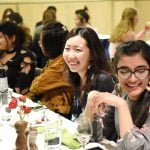 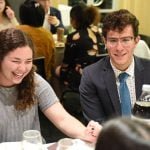 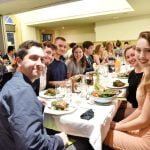 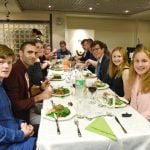 While Professor Shindler rubs on the raw edges of race, religion, and ethnic history, he fosters a safe space for thought and engages in a stimulating and intellectually honest conversation on Israel-Palestine. He implores us to eschew glib cynicism and misguided perspectives in the age of media distortion as the media often fails to recognise the inherent intricacies and complexities of the mare’s nest.

As a nebulous cast reigns over the fate of the Middle-East, Professor Shindler is frank to dismiss a happy ending. We are faced with an even greater quandary as he leaves an ending open to our interpretation, a void for us to fill. We, as the youth dividend, are implored to mend our social fabric, to repair the world, and to mediate our discords.

The sheer urgency of the conflict had engendered a thought: To listen & understand; to treat no proposition as sacred & no objection as impious; to be willing to entertain unpopular ideas & cultivate habits with an open mind; such are the growing imperatives amidst the upheavals in our contemporary world.

Despite a conflict mired in stalemate, a silver-lining exists beneath the sombre overcast. While Professor Shindler confronts us with the realities of our world, his talk is a sonorous call to our social and moral responsibility as youth and leaders of the future, to strive towards peace, compromise, and reconciliation for Israel-Palestine.