The second formal dinner of semester two started off with a beautiful rendition by resident Darron Ho of Adele’s Rolling in the Deep on his Chinese Violin, or Erhu.

As guest speaker for the night we were honoured to welcome Kim Ellis, Final Frontier lawyer and scientist, founder of Earth Space Technology and adjunct faculty member with the International Space University.

Kim has received multiple accolades and awards, including the Endeavour Executive Award for international cooperation at the NASA Kennedy Space Centre. Fortunately for us, she also happens to be the mother of Thomas Ellis, President of the Resident Society at Mandelbaum House. 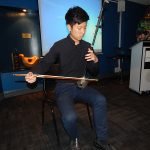 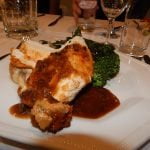 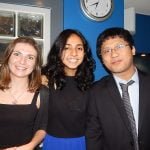 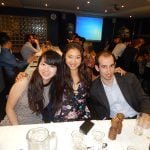 In her speech Kim proposed that our main problem as a species is that the ‘critical tipping point’ we’ve reached is a result of our own careless actions. Focusing on the effects of our carelessness on space, she described how the destruction of the Earth’s orbit due to an exponential increase in amounts of space debris and environmental degradation coupled with a throwaway mentality poses potential risks of collision for government and commercial space operations – which is what her PhD thesis centres on. This collision risk has far-reaching social effects as well, affecting change and access in ways that in turn affect national security, weather forecasting, and data positioning. She emphasised the need for young people to take positive action towards ensuring the sustainability of future generations, and suggested that relocating to another planet like Mars – if that’s even possible – isn’t the best idea until we fix the problems we’ve caused in our current home.

Bringing the discussion back to our immediate interests, Kim led us through an interactive goal-setting exercise, used by many members of the space community, which one resident aptly described as a ‘time capsule’ for goals. She addressed the issue that troubles the overworked, dazed and confused university student: their career. She reassured us that not knowing what you want out of your career should not be a cause of concern just yet. We could not have asked for a better motivational speaker than one who experienced her own rocky start to finding a passion worth waiting for.