On Tuesday the 11th of May, Mandelbaum residents were honoured with the presence of Professor Dr Stephen Garton, Vice-Chancellor and principal of the University of Sydney. We were also delighted to welcome back our chairman Associate Professor David Levy, on his first formal dinner with us since the pandemic began.

The evening began with a musical piece composed and performed by residents Oran Harkin (Piano) and Alexandra Boyling (Cello). The tribute, composed especially for the Vice-Chancellor, drew musical influence from his research into poverty, crime, and incarceration. The skill and talent of both performers was evident in the sophistication and excellence of the piece. A thunderous applause concluded. 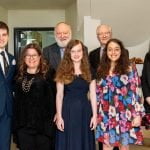 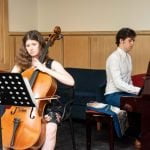 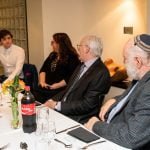 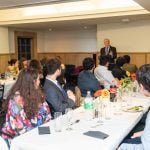 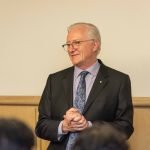 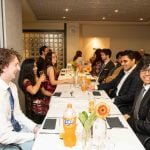 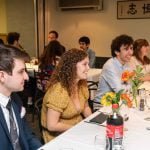 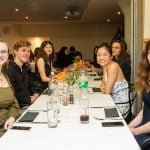 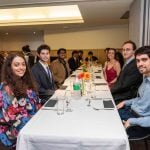 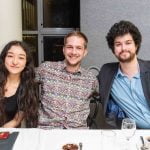 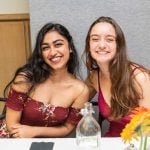 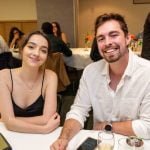 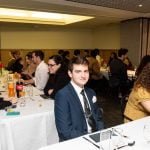 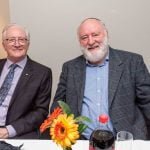 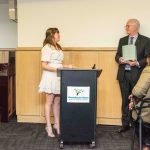 Professor Garton later addressed the party with an oration about the history of university education, and how we reached the present. The Vice-Chancellor recalled the words of several of the founders Including William Wentworth, who stated his vison that the institution must be a place where “the disciples of Moses, of Jesus, of Mohammed, of Vishnu, and of Buddha” are included together. Professor Garton described the history of the university of Sydney, with particular focus on the relationship between international students and domestic students stretching back nearly a century. With the first international exchange student arriving in 1923 from China. A tradition that continues to this day at Mandelbaum House, albeit with smaller numbers due to travel restrictions. Our resident from overseas, such as New Zealand and Israel felt a connection to the trailblazer who had come before them.

Professor Garton also answered the questions and queries of our residents. The professor provided a valuable insight into the complex issue and challenges facing students and staff at tertiary institutions today.

The evening was a resounding success with the students and guests. Once again, our chefs did an amazing job with our scrumptious meal. We cannot wait to have Professor Graton back again.