At our first formal dinner for the year, on the 27th of February, Mandelbaum House warmly welcomed the special guest speaker Michael Stone, CEO of the Holistic Services Group, to share his story that took him around the world in pursuit of his passions as he endeavored to create a more meaningful life which has resonated with many of us students in Mandelbaum as we embark on a defining new chapter in our own lives. After the delicious canapés and amiable chattering of residents, the night was kicked off by Kirsty’s spectacular solo piano performance titled comptine d’un aytre ete. This was later followed by Shira’s much anticipated scrupulous and in-depth introduction of Michael Stone whose fascinating background has led him on a journey of self-discovery.

At the very beginning of Michael’s career, even as far back as high-school, he believed he was destined for a job in economics and corporate finance after landing a job in the reputable accounting firm Arthur Andersen. But sometimes in life, things aren’t as they always appear and it was only through working at his ‘dream job’ that Michael’s perceptions altered. He came to perceive how this was not what he truly wanted, making him take a step back, and reconsider the bigger picture of life. 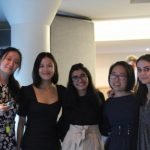 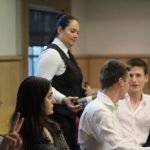 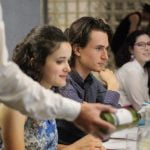 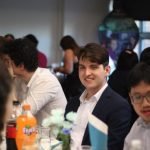 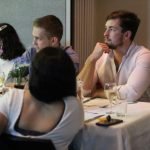 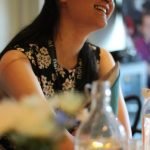 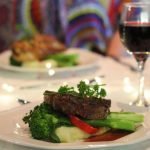 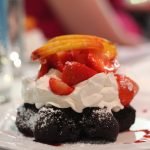 It was with this epiphany that Michael quit his job and started backpacking around South America broadening his world and cultural view. Embarking on new adventures, meeting life long friends and staying with a tribe in the Amazon left Michael with a unique new view of the world. In a twist of fate, he met a business man and was offered a job as an equities trader at Wall Street in New York, trading his backpack for a suitcase, to work one block from the World Trade Centre. On the fateful day of 9/11 Michael was thrown into an apocalyptic world of chaos; with cries for help lost amidst the wail of sirens and engulfing smoke and dust clouds suspended above the sea of rubble. After returning to his home in Brooklyn amidst the carnage, he retold of how in the park, fragments of burnt financial papers drifted down from the sky, kilometres from the scene. After the tragedy of 9/11 which shook the world, it was a catalyst for change in Michael that spurred him to take that ‘leap of faith’ which he recommends for all people at some point in their life to take. This was the beginning of the organisation Michael founded, Holistic Services Group which has aided many people in the workforce through healing and self-development.

At the end of the speech, someone asked ‘how do you know when you’ve found your path in life?’ Michael described it was a gut feeling that is indescribable, but something that inexorably makes you smile when you first wake up. I believe Michael’s truly remarkable story has left a profound yet individual impact on all of us at Mandelbaum as he prompts us to re-evaluate our values and encourages us to embark on a journey to ultimately find our own unique calling in life.