Walking into Mandelbaum House for its latest reunion on Thursday night brought back so many memories for me. I remember arriving as a 19-year-old from California who had never been to Australia, getting out of the taxi from the airport nervously and wondering what awaited me.
Fifteen years later, I am living in Sydney and about to become an Australian citizen. I doubt I would have ended up settling in Australia if I hadn’t had such a wonderful community experience during my semester abroad at the University of Sydney.
It was fantastic that the same sense of community was on display from the current students and more recent alumni at the reunion.
The trivia game was a great mixer. My team had so much diversity, including current student Ruby, alumni organiser Audrey from New Caledonia who had been at Mandelbaum at the same time as me and another alum, David, who was originally from Argentina but had also settled in Australia. 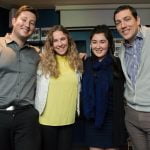 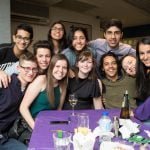 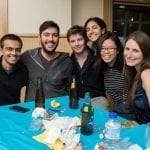 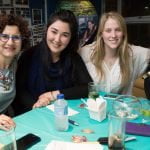 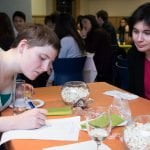 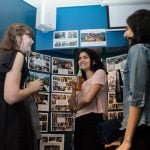 Returning to Mandelbaum reminded me of how close-knit a group it had been in my time, whether we were playing pool or ping-pong, watching a movie, listening to a guest lecture, eating at a formal dinner or hosting a party. Looking at the bulletin board near the dining area, it is clear that little has changed 15 years later.
I know most Mandelbaum alumni live outside Sydney. I am Facebook friends with many who were there with me in 2001 and they live all around Australia, North America, and Asia. But I do hope as many as possible from my year and all of the other ones can return for a planned 21st reunion next year and share in the memories.