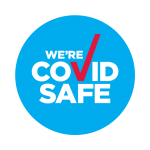 Shana was appointed CEO at Mandelbaum House in May 2005. Her long association with Mandelbaum House began a year before the College’s opening in 1995 via her position as AUJS president at the University of Sydney. Shana has held many leadership positions including Hillel Director of Student Services at Shalom College, UNSW. She is a qualified teacher and has worked in the field of education and in business development. She has also worked as a tour leader in Sydney, Israel and in 11 countries/35 cities across Europe and worked on cruise-ships in the South Pacific. Shana was awarded the NSW JBD President's Award in 2020 for outstanding contribution towards promoting a safe, inclusive and cohesive community in NSW.

Naomi hails from New Zealand and has worked at Mandelbaum House since 2002 in a variety of management roles, including Acting CEO. As well as her position with the Mandelbaum Trust she is the Harassment and Discrimination Officer at the college.

Dimitrios is originally from Greece. He holds an Associate degree in Hospitality Administration and Management. Previously, he worked in hospitality industry. He moved to Sydney in 2016 and joined Mandelbaum team in 2019. Outside of work, he enjoys reading science fiction novels, netflix binging, and traveling.

Adam was born in Australia and joined Mandelbaum in 2021. He enjoys gardening and cycling.

Zelda and Mo are the honorary librarians at Mandelbaum House. Zelda is a qualified librarian and worked at WITS University in South Africa.

Manjula is our longest serving staff member. Having started at Mandelbaum House 20+ years ago she is a familiar face around the college. She takes great pride in her work and keeps our college sparkling clean.

Ron is from South Africa and has been living in Australia for nearly 20 years. He has over 30 years experience in building maintenance and readily takes on all the odd jobs around the college.

Zoë is from Newcastle and is in her second year of studying a double degree of Civil Engineering with Architecture at the University of Sydney. She enjoys exploring Sydney, spending time with friends, and relaxing with a good book and a cup of tea.

Lachlan is an architecture student who recently completed his bachelor’s degree and is now beginning his Masters of Architecture at the University of Sydney. He is from Canberra but has also lived in Wellington, New Zealand and Montreal.  He enjoys learning about the world with a good book, video or podcast.

Kacy is a New Zealander from Auckland in her fourth year of studying a double degree in Electrical Engineering and Science (Physics) at the University of Sydney. She loves playing co-op video games, eating good snacks, and playing Chopin waltzes on the piano.

The Board of Mandelbaum House oversees the management of the college and is comprised of respected university academics and prominent community figures.

The Academic Advisory Committee was set up when Mandelbaum House was established, as the committee responsible for bringing outstanding Judaic scholarship to the Sydney Jewish community that has a broad and deep impact.  It works closely with the University of Sydney's Department of Hebrew, Biblical and Jewish Studies and the Sydney Jewish Museum.

A welcoming and warm place immersed in cultural diversity,
great memories and friends for life!

It is wonderful to have a spacious and fully furnished bedroom
to which I can retreat to after a busy day of classes!

I love that I always have a healthy option
at every meal that is also delicious!

Mandelbaum House has been the most diverse,
welcoming, active society I have ever been involved in.